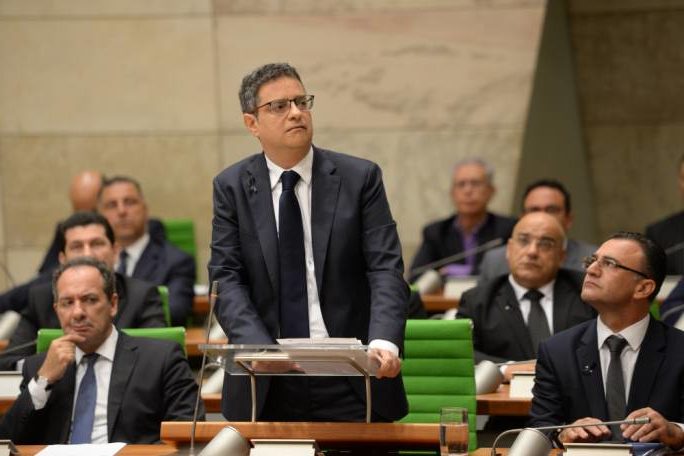 Sources close to the PN Parliamentary Group told Newsbook.com.mt that the five-hour meeting with the Group had on Monday was a “very positive meeting during which everyone spoke most openly”. The meeting was in the Opposition’s Room in Parliament.

According to Newsbook’s sources, the meeting was led well and very prudently by Leader Adrian Delia. He “let everyone speak freely”, in fact various Members of Parliament were described to have done so with “no holds barred”.

A number of issues regarding the videos going around social media of incidents allegedly in Delia’s home were raised and discussed. The Members said that they cannot understand how there are people trying to blame PN MPs for spreading the videos, when it is clear that none of them could have filmed them. The MPs insisted that this attitude is damaging the PN.

A few mentioned that they didn’t expect the PN Leader to use certain language and behaviour.

“The films were edited”

Delia insisted that the shared videos were professionally edited, even pointing towards a voice over so that they give a “manipulated and misleading impression” of what really happened.

The PN Leader emphasised the same thing during an interview with Newsbook.com.mt where he added that a politician’s position is no longer tenable if found guilty of domestic abuse.

According to the sources, the two most prevalent MPs were Claudio Grech and Simon Busuttil.

They referred to Busuttil’s discourse as “studied, balanced, and just”. It was also said that Delia repeatedly signaled his agreement with the former leader, also thanking him. Busuttil insisted that there was no faction supporting him, as he has no wish to go back to leading the party. He said that those saying anything to the contrary are lying.

Another MP who found widespread approval for his interventions was Claudio Grech. He was said to have made a “very studied” analysis of the situation, while emphasising, among others, what strategy the party should use. Delia showed his appreciation to Grech’s analysis.

One wish which was expressed by a number of speakers was that Delia expands his inner circle and number of confidants.