Nationalist Party MP David Thake hinted that PN leader Adrian Delia should resign until he clears his name in view of the allegations that the PN received money from Daphne Caruana Galizia’s murder suspect Yorgen Fenech offered the party money to obstruct David Casa’s re-election as a member of the European Parliament.

On Thursday after Thake gave his testimony in the magisterial inquiry called to look into the allegations, Thake said he believes that whoever serves in politics should serve the country and whoever is facing certain allegations must resign to be able to clear one’s name, said Thake when asked by Newsbook.com.mt what should be the next step for the Nationalist Party following these allegations. 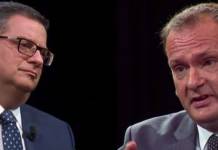 In June last year David Thake, during an appearance on Xarabank, accusing MP Kristy Debono and Pierre Portelli of being close to Fenech in the process to obstruct David Casa’s re-election 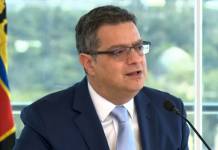 On Monday Keith Schembri, during the compilation of evidence against Yorgen Fenech, testified that Pierre Portelli, former head of the PN media would collect €20,000 monthly from Fenech. The PN has denied these claims. 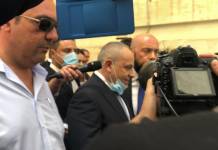 Asked by this newsroom if he feels comfortable as a PN MP, David Thake gave a vague answer and said that the PN deserves a glorious future.

One Tv presenter Karl Stagno Navarra has also testified in court on Thursday morning after he alleged that Fenech had offered the PN leader €250,000 so that David Casa would not be re-elected.

The inquiry is being led by Magistrate Doreen Clarke.