Self-employed are feeling the pressure of lack of cash flow said Partit Nazzjonalista on Saturday.

The statement, which was signed by PN MPs Edwin Vassallo, Kirsty Debono and Herman Schiavone claims that a considerable number of self-employed coming January is the situation does not change will have to take drastic measure including making employees redundant.

The MPs concluded that Partit Nazzjonalista is consulting with self employed so that they can present policies that offer hope to a market that is declining.

The appeal follows an appeal made earlier this year when restrictions were introduced in August which affected bars and closure of bars, nightclubs and discos. The measures were extended earlier this month. 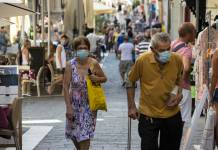 Earlier today President of Malta George Vella during the ceremony for National Workers of the Year Awards 2020 reminded the unemployed due to Covid-19.

“Let us continue to work together, as a united country, so that all those who lost their job can find employment as soon as possible, find their place back in the workforce, and enjoy once again the dignity that employment provides”, the President appealed. 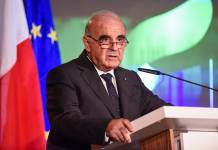