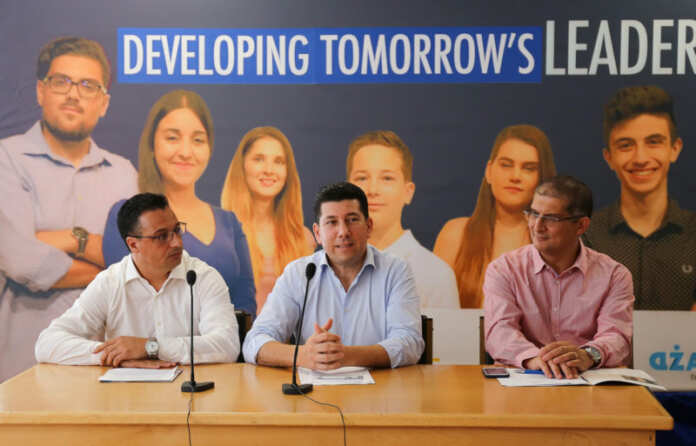 The Partit Nazzjonalista (PN) in collaboration with Akkademja għall-Iżvilupp ta’Ambjent Demokratiku (AŻAD) is launching a public information initiative titled Future Leaders. PN Secretary General  said that the aim behind this project is to build a young party as it is aimed at those aged between 14 and 25 that have public life aspirations.

AŻAD Chief Executive Roderick Agius explained how this project will include interactive sessions on topics such a public speaking, political campaigning strategies, and commentary and political analysis, the role of social media in Politics and the European Union.

Future Leaders coordinator Charlo Bonnici said that participants will also have the opportunity to intern within the PN.

Future Leaders will start from November until the first quarter of 2019 and is free of charge.

Those interested to participate  may send an email roderick.agius@azad.com.mt or fill in the online application found on http://tinyurl.com/y7b2uk6v . Applications close on 14th October.

Malta voices its concern on possible interventions in and around Libya

Monique Agius   March 27, 2020
On the one year anniversary human rights NGOs are calling for the dismissal of the criminal proceedings against the three teenagers underlining that they should be celebrated for their act rather than criminalised.