The Nationalist Party has filed a private member’s motion calling for the revocation of the contract granting Steward Healthcare a concession over three public hospitals, arguing that this agreement went against the national interest.

In a motion, presented by party leader Adrian Delia, opposition whip Robert Cutajar, health spokesman Stephen Spiteri and MP Karol Aquilina, the PN also called for the revocation of a restatement agreement hammered out by former minister Konrad Mizzi in August 2019. MaltaToday had reported that through this agreement, Steward could end up being paid €100 million for the termination of the concession even if it is ordered by a court of law.

The PN said that through an unprecedented agreement reached in secret, Mizzi tied the government to an “illegal, immoral obligation which went against public interest.” Mizzi, it argued, opted to safeguard the interest of a foreign company over that of the country, in breach of his oath of office. 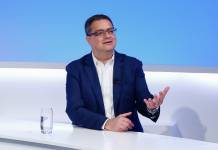 In reply to a parliamentary question made by Claudette Buttigieg, Fearne confirmed that the contribution Steward was asked to make to help combat the coronavirus pandemic was the provision of 120 beds in the Gozo General Hospital for use by Covid-19 patients, including 17 ITU beds.

Though Steward was also granted a concession over two Maltese hospitals – St Luke’s Hospital and Karin Grech Hospital – no requests appear to have been made to utilise these facilities.

Steward’s efforts in Gozo required alternative accommodation for elderly patients at Sant’Anna Residence, within the hospital complex. These patients were moved to the Downtown Hotel in Victoria, an arrangement which is costing the government some €4,000 a day. 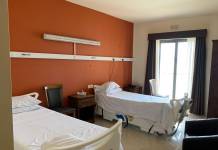