The Nationalist Party’s leadership election will be held on 3 October as scheduled, after the party’s electoral commission turned down a proposal by deputy leader Robert Arrigo to postpone it in light of the Covid-19 pandemic.

In a letter to the PN’s General Council, Arrigo expressed his concern at the holding of what he described as a mass event in the midst of a pandemic. He also highlighted that the spouse of one of the candidates – Bernard Grech’s wife – had tested positive for Covid-19. 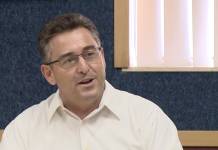 But Grech himself opposed the suggestion, insisting on the need to bring the present chapter to a close as soon as possible. He also said that he had faith in the electoral commission’s ability to ensure that the necessary precautions are taken.

Electoral commission chairman Peter Fenech similarly emphasised that it prioritised the health of the PN members who would be voting in the upcoming election, in line with the recommendations made by the health authorities.

“In light of this, while a single day of voting would have been sufficient in normal circumstances – as had happened three days ago – the commission is spreading voting over six days specifically to ensure that voters can observe social distancing as recommended by the authorities,” Grech maintained.

Arrigo’s request was being turned down because there were no grounds for it, according to the commission.

Precautions during the vote

The commission confirmed that the following precautions will be in place:

It also urged all PN members to participate in the election and to observe all the health authorities’ recommendations on Covid-19, as was expected of everyone else in every other activity.