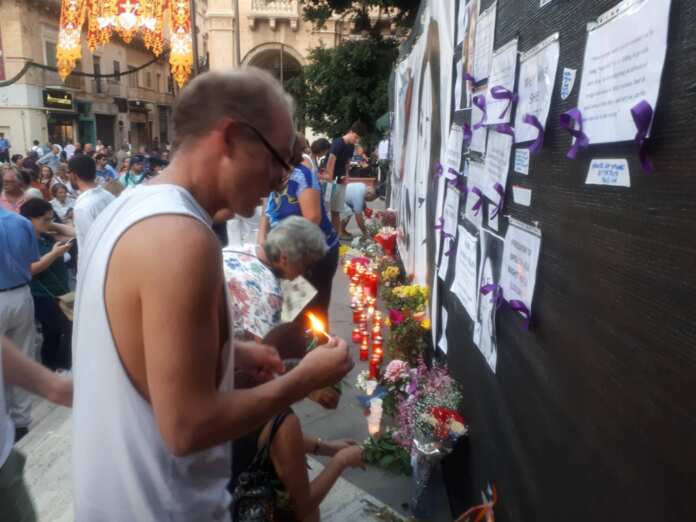 The Nationalist Part (PN) have issued a press release defending the assassinated journalist Daphne Caruana Galizia’s memorial, made up of banners, flowers and candles, placed in front of the monument commemorating The Great Siege.

PN detailed that Minister of Justice Owen Bonnici’s actions to yet again remove the memorial is “too much”. They went on to say that Bonnici’s actions reflect the Labour Government’s attitude when it comes to freedom of expression. The Minister for Justice’s actions have also been rebuked by foundation aditus.

Activists who form part of Occupy Justice said that the Minister doesn’t practice what he preaches, as he had looked down on censorship, yet orders Government employees to remove Caruana Galizia’s memorial.

The barriers which have been constructed around the Great Siege Monument for renovation reasons have now been plastered with posters advertising the renovated monument, making it difficult for activists to voice their protests.