In the wake of 100 new cases of Covid-19 bringing the total number of active cases in Malta to a new high, the Nationalist Party is insisting that a national public health emergency should be announced as soon as possible. 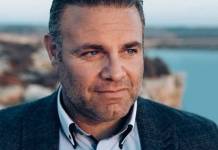 The party’s spokesperson on health Stephen Spiteri argued that Malta appeared to be losing control of the situation, stating that this was the direct consequence of the policies implemented by Prime Minister Robert Abela, who had once said that the only waves could be found at sea in response to concerns over a possible second wave of the Covid-19 pandemic.

He said that Malta faced a great challenge ahead, and the government must ensure that its health systems would not crumble under the pressure. He also said that contact tracing was losing its effectiveness, and there was no shortage of people in intensive care.

Spiteri emphasised that the PN opposed introducing a lockdown, but said that it was because of this that it felt that a public health emergency should be announced to give Superintendent of Public Health Charmaine Gauci the authority to take important decisions.

He also echoed what party leader Bernard Grech had said: that Parliamentary Secretary for Active Ageing Silvio Parnis should shoulder responsibility for a high rate of deaths among the elderly.

“The lives of many depend on timely decisions,” Spiteri maintained. “A public health emergency needs to be considered with urgency and without delay.”