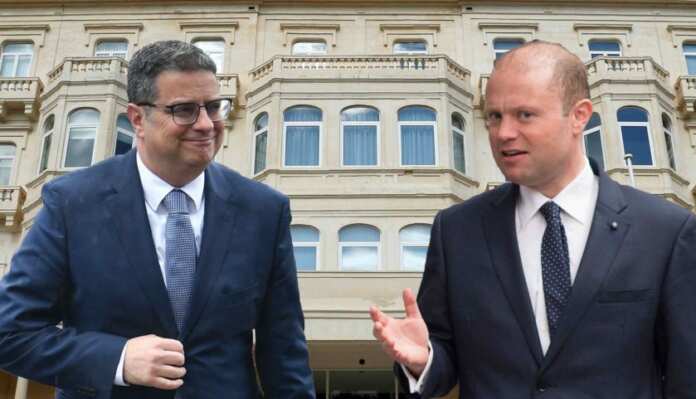 This following yesterday’s Corruption Index results published by Transparency International which places Malta at 51st place. This means that Malta is now 26 spots below it’s original placing in 2004.

The PN said in a statement that when the PL were in Opposition, they would regularly use Transparency International’s Index to gauge corruption and now it seems that the PL Government is the most corrupt Government Malta has every had.

The statement also said that Muscat’s Government was the catalyst for Malta to go down from 46th to 51th position in a year. This, according to the PN, is “a result of a whole series of corruption, bribes and money laundering scandals” which led to condemnation by a number of European Institutions.

Before concluding with a commitment to continue fighting corruption by any means necessary, as well as of rejuvenating Malta’s reputation, the PN called for Muscat to shoulder political responsibility for the Index results. “This because corruption has a price leading to the people suffering,” said that statement.

‘Corruption Index result due to lack of action, not Daphne’ – Carl Dolan

In a reactionary statement by the Parliamentary Secretariat for Financial Services, the Government said that “the reputation of our country is dirtied by those who at every occasion makes sure to speak against it”. It was also said that the PN is attempting to hide its internal issues by “pointing the canons at the Government”.

The statement then mentioned the Malta Gaming Authority’s processing of three new large companies in the sector who chose to relocate to Malta, as proof that companies still have faith in Malta. New gaming legislation was also mentioned because it gives more power to the regulators and the consumer, according to the statement.

The statement was concluded with a direct reaction to the previous PN statement: “It would be better for the PN to stop attacking Malta and for once pull the same rope for the interests of our country.”