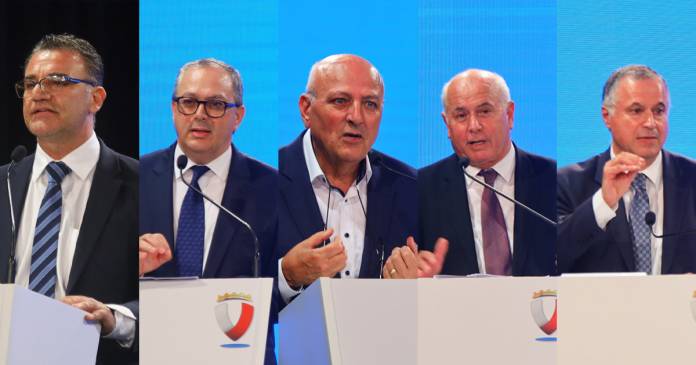 Partit Nazzjonalista Leader Adrian Delia thanked Dr Louis Galea for his work during the past year. Galea was tasked with spearheading the party’s reform.

“Together we’ve re-discovered the party’s soul,” Delia said, while commenting on Galea’s work. He remarked that when choosing someone for the role he had in mind someone who was experienced and credibility. “Galea has shown that he has both the experience and the energy required for the task,” Delia said.

The revised statute is the culmination of a year’s work consisting of meetings and drafting of amendments and planning, Delia explained.

The event which was streamed on the party’s media, saw councillors debating and voting upon the amendments put forward while observing social distancing and other directives issued by the health authorities. It also included the participation of Gozitan members via video conferencing.

The new amendments include administrative ones aimed at ensuring party governance, team work, ethics and discipline, within a framework which ensures checks and balances. The General Council President will serve as the “guardian of good governance within all party structures.”

Addressing the general council after the new statute was adopted, Galea said the reform process was one of the best experiences of his life.