Prime Minister Robert Abela met yet another group of school children this morning. He welcomed the group coming from Qormi at Castille Palace in Valletta.

Upon his arrival to Castille for his second day at work as Prime Minister yesterday, Abela greeted a group of students coming from the Imqabba Primary School. He also welcomed these students into the palace.

This morning, students from St Sebastian Primary School in Qormi also paid a visit to the Prime Minister. This Maltese village is close to the PM’s heart as his father, President Emeritus George Abela is from the same village.

During an interview held yesterday during TV programme Dissett on TVM, Abela said that he loves children and that’s why he invited these students into Castille. During the same interview he insisted that he’s completely against abortion and if ex-Prime Minister Joseph Muscat attempts to introduce it in Malta, he would oppose him. 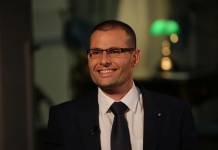