Prime Minister Abela told The Times of Malta that before taking a decision about the future of Parliamentary Secretary Rosianne Cutajar he will wait for the result of the investigations being carried out by the Commissioner for Public Standards.

On the other hand, Karol Aquilina, the Opposition spokesperson for Good Governance, said that the Prime Minister, by his lack of action, is showing that he is a weak leader.

Although the deal ultimately fell through, Cutajar, at the time a backbench MP, had allegedly already been paid a €46,500 commission by the property vendor, Joe Camilleri. 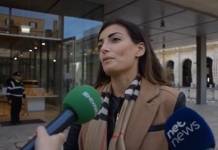 The Sunday Times of Malta and Malta Today revealed that Cutajar was middleman between Yorgen Fenech and Green Eyes Ltd. in the purchase of a property in Mdina.

It was reported that she received over €46,000 in cash and that these were not reported in her assets declaration to Parliament. In a reaction on Facebook Cutajar declared that everything was done in a legal and ethically correct manner.

Karol Aquilina, the Opposition spokesperson for Good Governance, said in a statement that the Parliamentary Secretary was involved in a multi-million business deal on behalf of Yorgen Fenech when it was publicly known that he was the owner of 17 Black.  Aquilina said  that Cutajar showed a serious lack of judgement. He added that for Cutajar feels she can act with impunity and in a shameless manner.

The PN spokesman PN spokesperson said that all this seems to be acceptable to Prime Minister Robert Abela as he has taken no action though the report was published 24 hours ago. 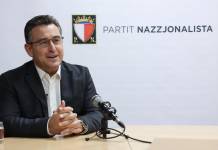