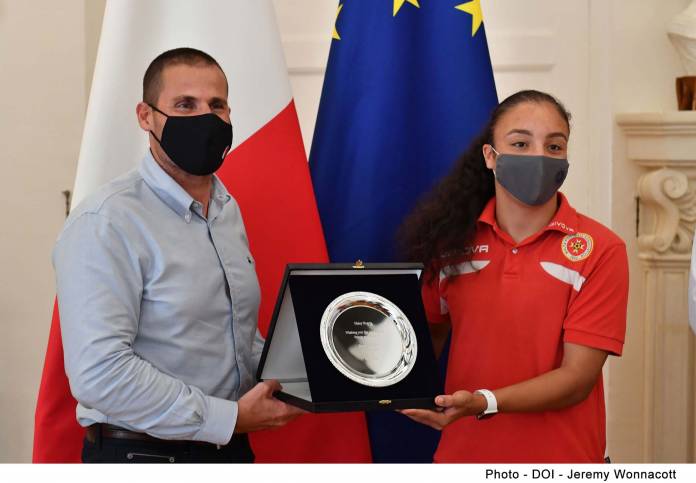 Prime Minister (PM) Robert Abela praised Haley Bugeja for making a name for the country with her performance during the first Serie A game.

Bugeja plays with U.S. Sassuolo Calcio, an Italian football club. She scored two goals during the game, leading to a win for her team.

The PM met with her at Castille, encouraging her to keep at it to make a name for herself, for the club, and even for the national women’s football team. He also presented her with a small token.

The PM was accompanied by the Parliamentary Secretary for Sport, Clifton Grima.