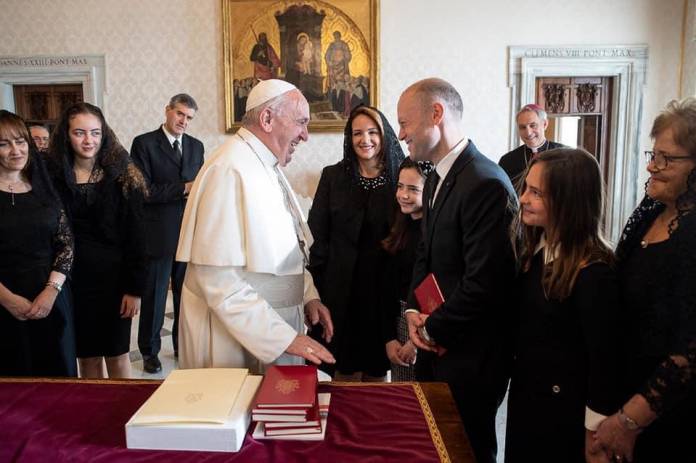 Prime Minister Joseph Muscat together with his wife and family members have been received in audience by Pope Francis Saturday morning.

The visit by the Prime Minister has been described as a ‘family visit’. Newsbook.com.mt is informed that this visit has been given this status instead of the original one of an official visit by mutual agreement between the Vatican and the PM in the light of various protests received by the Vatican. 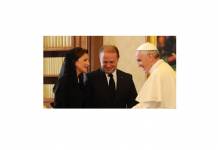 A group of academics, including a former rector of the University of Malta and a high-level official of the Archdiocese of Malta sent a letter to the Apostolic Nuncio Archbishop Alessandro D’Errico asking for the cancellation of the visit of Prime Minister Muscat to Pope Francis.

Newsbook.com.mt was also informed that many people phoned the Nunciature to show their concern and disapproval for such a meeting. Those who phoned were told to write an email or letter to the Nunciature which they would then forward to the Secretariat of State. 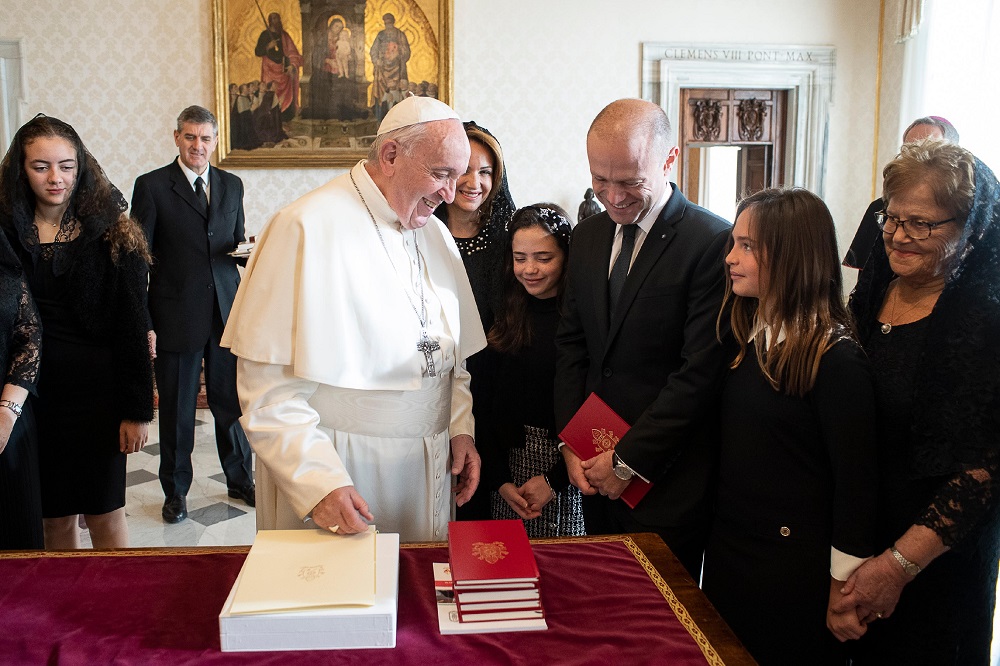 Watch: “I love you” – Joseph Muscat

Monique Agius   January 23, 2020
The seven House Democratic "managers" serving as prosecutors in the trial were due at 1 p.m. (1800 GMT) to begin presenting the second of three days of opening arguments, having addressed the Senate for about eight hours on Wednesday.

Reuters   January 23, 2020
A violent altercation that escalated into gunfire in downtown Seattle left one woman dead and six other bystanders wounded outside a fast-food restaurant on Wednesday. Police said they were searching for at least two suspects.

Amy Borg   January 24, 2020
Parliamentary Secretary Clayton Bartolo has ordered the termination of contract given to Adrian Hillman with the Malta Gaming Authority (MGA). Add who is AH and why he is bad news.