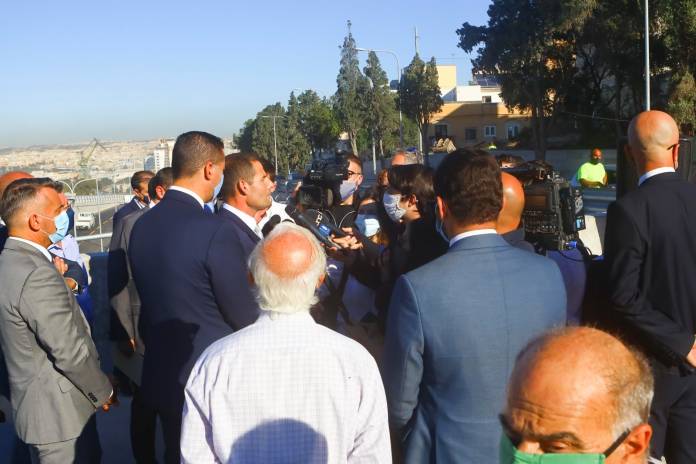 The Institute of Maltese Journalists, IĠM, said that it is very disappointed at what it called “the complete disrespect with which government is treating the laws of Malta, journalists, the general public and the recommendations of the Superintendent of Public Health”. Meanwhile, the government has issued a statement saying that the IĠM statement is ‘factually incorrect’. The government statement, however, confirms that the Prime Minister was not wearing a mask at close quarters. 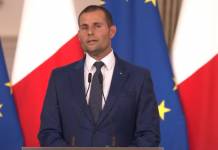 Publishing a photograph taken at a public event for the opening by the Prime Minister of major roadworks in Santa Lucija, the IĠM noted that “an event which could have very easily been organised to include social distancing, [this] was heedlessly flouted by none other than Prime Minister Robert Abela himself”.  The IĠM said that with COVID-19 case in triple digits and the death toll rising, this was a direct challenge to the Legal notice.

The legal notice LN 402/2020 says: “The temporary removal of face masks shall be permissible in the following situations: …(d) during official public speaking provided that a physical distance of at least two (2) meters between individuals is maintained”. It is safe to say, said the IĠM that, without any form of measuring stick, this distance was not kept by the Prime Minister whose duty it is to set an example.

The IĠM said that there was little more it could do other than express its solidarity with any journalist who walks away from such situations. “It sympathises with those who feel that where appropriate measures for safe distancing are not taken, the event should not be covered. The IĠM calls on trade unions to take the matter up and direct their members to safety” concluded the IĠM statement.

“The journalists should stay away” – Government

The statement further denied that the PM was flouting the legal notice and said that he was indeed adhering to it.

PN Opposition spokesperson Therese Commodini Cachiare to the government statement saying “I would have thought that after the assassination of Daphne Caruana Galizia, this government would have learnt that threatening and blaming journalists is not democratic nor is it in line with the rule of law”.

“Standards do not apply to others” – PL

In a separate statement, the Labour Party said that these standards do not apply for other politicians, using PN Leader Bernard Grech as an example, stating that “yesterday Grech spoke in Parliament without a mask.”

The Party has called on the Institute to not allow itself to be ruled by members who use it for partisan purposes.