The present government is the only one in Malta’s history to avoid a decline in its second term, according to Prime Minister Robert Abela, who argued that the changes that led to him succeeding Joseph Muscat at the helm were crucial to this.

At a political activity held at the Senglea waterfront, Abela said that if one looked at Malta’s history, one could see a consistent trend of governments declining in their second legislature. He specifically dated the start of this trend to 1976, when Dom Mintoff’s Labour government was elected for a second term, thus implicitly recognising its own perceived decline.

But he insisted that the present Labour government bucked the trend because “we had the courage to change.” He highlighted how the party elected a new leader – himself, after Muscat resigned in disgrace in the face of widespread protests – how a new cabinet was announced, and how a new Police Commissioner, Attorney General, Chief Justice and State Advocate were appointed. Abela also flagged the institutional and constitutional reforms approved earlier this year, as well as changes in the party structure which saw the appointment of a new deputy leader and a new party president.

He added a lot more was yet to come, as the transformation process was still at its start, before appealing to younger party activities to come forward as potential election candidates.

Abela maintained that his government retained what had been positive from the past government, but completely separated itself “from all that could have been done better,” stating that this was a fundamental difference which set it apart from all previous Maltese governments.

The activity, which was also addressed by party activists Cressida Galea and Jonathan Sammut, was opened with a minute’s silence in honour of the late Qormi mayor Renald Falzon, who at 46 was Malta’s youngest Covid-19 victim. Abela, a Qormi native, paid tribute to Falzon, praising him for the strength of his convictions. 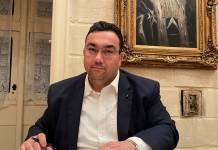