The Medical Association of Malta, MAM expressed its disappointment after Prime Minister Robert Abela blamed migrants for the sudden spike of COVID-19 cases.

In a statement issued on Tuesday morning MAM said it is unfair Abela is covering up his ‘fault’ by blaming migrants.

“Allowing mass events like parties against the expert advice of the Superintendent of Public Health was the only cause of this spike as migrants have been quarantined immediately as they remained in detention” – explained the association.

MAM has also published the European centre for disease control data which the association explained it does not include migrant data.

The graph shows a clear spike in the last two weeks following the organisation of mass events.

On Monday evening, when interviewed on the Labour Party’s television station Prime Minister Abela said that since Malta’s active COVID-19 numbers increased mainly due to infected migrants, issuing one global total of the country’s active cases will damage Malta’s economy via the tourism sector. 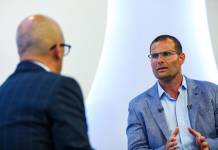 The NGO Repubblika has also expressed its deep concerns on what Prime Minister Robert Abela stated regarding the increase in COVID-19 cases.

Repubblika said that as we are experiencing a new wave of cases with the increase of people testing positive generally due to people who have contracted the disease locally from persons who were circulating freely.

“Newly arriving migrants rescued at sea do not circulate freely and therefore pose little risk of further transmission. By laying the blame on them, the Prime Minister risks inciting racial prejudice” – stated Repubblika.

The NGO is saying that as the government has lost control of the COVID-19 situation, to rein it back in, the government may need to prepare the public for punitive restrictions which it would not want to be blamed for and trying “to persuade the public to shift the blame on the weakest possible scapegoat: the black child, woman or man saved from drowning in our waters.”