An extension of the wage supplement until September, a €100 voucher for each Malta resident aged 16 and up and lower taxes on the sale of property are among the measures announced by Prime Minister Robert Abela this evening.

The government’s measures were announced in a press conference at Fort St Elmo, with Abela, Finance Minister Edward Scicluna and Silvio Schembri going over the measures. 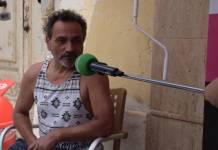