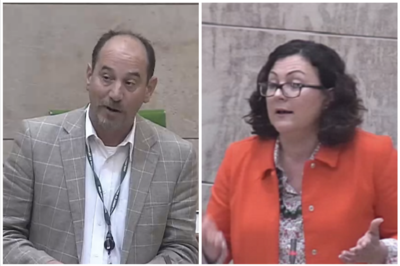 “Hate speech and bullying, especially against women, is rampant in Malta and more so in social media,” said PD MP Marlene Farrugia adding that, “Little to nothing is being done by PL or PN to stop it.”

Farrugia made these comments following yesterday’s Parliamentary sitting which once again included comments which could easily be interpreted as playground bullying, according to the statement. Economy Minister Chris Cardona was heard telling the PD MP, “it will soon be your turn” (“ġejja tiegħek”).

When PD Leader Godfrey Farrugia pointed this out to the Speaker, it was decided that the comment was made with political intent. Parliament then discussed the National Audit Office’s report on Electrogas’s new gas-powered power station in Delimara.

MArlene Farrugia, meanwhile, said that bullying “has no place anywhere in society, let alone Parliament,” also saying that bullies do not scare her. “Yesterday’s remarks strengthen my resolve to give my one hundred percent towards cleaning up the mess in Malta’s political system.”