In a series of Parliamentary Questions Opposition MP Jason Azzopardi has asked for official replies on documentation allegedly received by the Attorney General. The PQs take the form of a battery of rhetorical questions which, taken together form a corpus of information for which government is being asked for verification.

The questions are about a proces verbal supposedly received by the AG in December 2020 from the Magistrate responsible for the Inquiry into Pilatus Bank. The questions indicate that in the recommendations, the magistrate is saying that criminal proceedings need to be initiated against the owners, directors and others of Pilatus Bank on the basis of money laundering.

Azzopardi is asking, in the PQs, that the Minister for Justice Dr Edward Zammit Lewis, confirms that the Inquiring magistrate recommended that criminal proceedings be initiated against:

Dr Azzopardi queried if the magistrate had asked for investigations to be carried out on the operations of the FIAU and the MFSA on the possibility that the law was broken in the granting of a license to Pilatus Bank as well as criminal collusion in hiding a crime committed by the bank.

Finally, Azzopardi asked for information why the government had so far not moved to request the extradition to Malta of all those involved in the Inquiry and who are being singled out by the magistrate that they should be arraigned on money laundering charges. 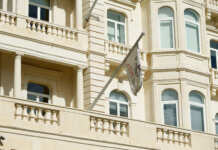 A month ago, Newsbook.com.mt had quoted a report by The Sunday Times of Malta. The report had indicated that the police was closing its investigation on alleged money laundering by Pilatus Bank and was not excluding that persons could be arraigned in the coming days.

The European Central Bank revoked the license to Pilatus Bank in 2018 after its chairman Ali Sadr Hasheminejad was arrested and later arraigned in the US for contravening money laundering laws.

Government’s anti-money laundering agency, the FIAU had expressed concern at the procedures adopted by the Pilatus Bank after it had paid visits to the bank in 2016. The Bank had as its clients several PEPs.

Pilatus Bank was central to allegations on corruption and money laundering levelled by murdered journalist Daphne Caruana Galizia. The European Banking Authority had accused Malta of failing to take the necessary steps against Pilatus and had issued a series of recommendations against the FIAU.