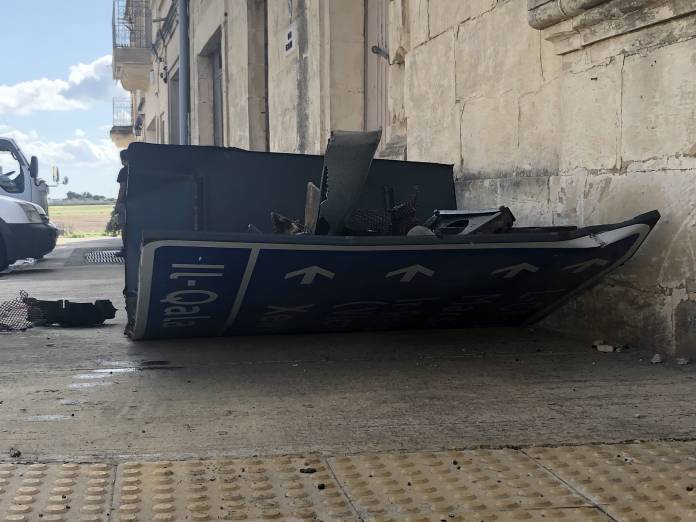 At around 3.00am Saturday morning, a car overturned in Imġarr Road, Gozo. The incident occurred near the roundabout located in the vicinity of the Chapel of Our Lady of Mercy (Tal-Ħniena).

Newsbook.com.mt is informed that two ambulances and the Police were called on-site. No one was injured in this accident.

However, this road has been seeing numerous traffic accidents, some of which have been fatal.

A road accident in August claimed the life of a 41 year old woman from Latvia, who was a passenger in a car when it crashed into a second vehicle, which, apart from the driver, was carrying three boys aged 9, 11 and 14.

Later that day, a collision between two cars and a motorcycle marked the fourth road accident in Għajnsielem in a fortnight. The motorcyclist was left suffering from serious injuries.

On August 12th, Għajnsielem’s mayor Kevin Cauchi appealed for more drastic measures after two cars were involved in a traffic incident in the same road. The drivers were an 18 year old man from Qala and a 25 year old woman from Nadur.

Four days later, Cauchi reappealed again to the authorities to take speed reduction measures, following the second traffic accident in a week. Cauchi urged both the police and the Local Enforcement System Agency (LESA) to implement the necessary measures to reduce speeding on Triq l-Imġarr which is the road one takes to board the ferry.

On August 23th, the Minister for Gozo Justyne Caruana said on Facebook that a plan to prevent further fatalities on Gozo’s Imġarr Road had already begun.

Minister Caruana explained that Transport Malta had approved a new road traffic management plan for the road; and that it would offer measures to help guide drivers. She said that despite everything, the best solution is responsible driving.

According to information issued by the Interior Minister Michael Farrugia in Parliament earlier this year, there was one fatality and 84 other people injured in on the Imġarr Road between Għajnsielem and Xewkija, between 2013 and 31 March 2019.