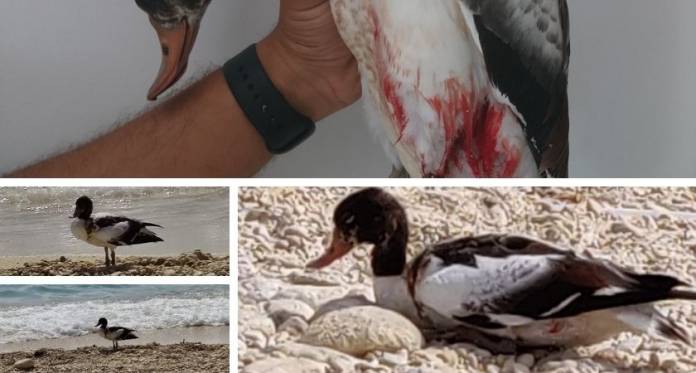 A wounded Common Shelduck was retrieved from Ħondoq ir-Rummien by officers from the Environment and Resources Authority, ERA, after reports from the public.

Sources have told Newsbook.com.mt that the duck was seen resting on the beach, seemingly tired due to the injuries it sustained.

This newsroom has reached to BirdLife Malta about the case. The NGO identified the duck as a Common Shelduck, noting that the species is protected at law and could not be hunted. It added that the duck sustained injuries in its breast and pelvic area.

A spokesperson for BirdLife Malta explained that the duck was retrieved by ERA officials and was later passed on to the NGO.

The duck was taken to the government’s vet for an assessment.

The spokesperson could not confirm whether the duck had sustained gunshot wounds.

Newsbook.com.mt has reached out to the Wild Birds Regulations Unit within the Gozo Ministry, and the unit’s chairperson Richard Lia for an update on the duck’s condition.

There has been no official confirmation on whether the duck has died. Sources have said that it succumbed to its injuries.