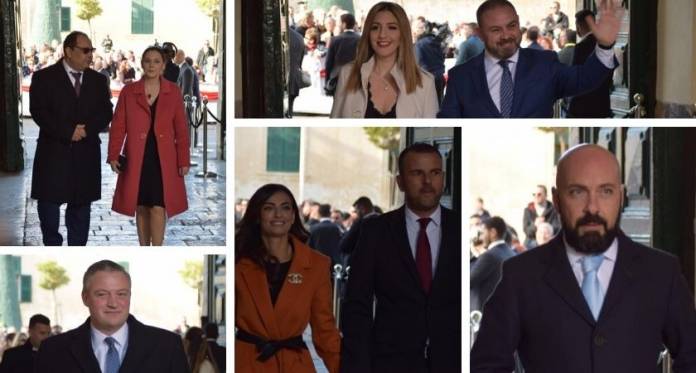 A number of PL Members of Parliament, most of who were part of Joseph Muscat’s Cabinet, were invited to the swearing-in ceremony of Robert Abela as Malta’s new Prime Minister. The ex-Prime Minister Muscat was also there with his wife Michelle. The photos below show the politicians as captured by the photographer of Newsbook.com.mt.

Also present were the parents of the new Prime Minister – President Emeritus George Abela together with his wife Margaret, as well as Neville Gafà, employed in the Office of-the Prime Minister, who is also a close ally of the ex-Prime Minister’s ex-Chief of Staff Keith Schembri.