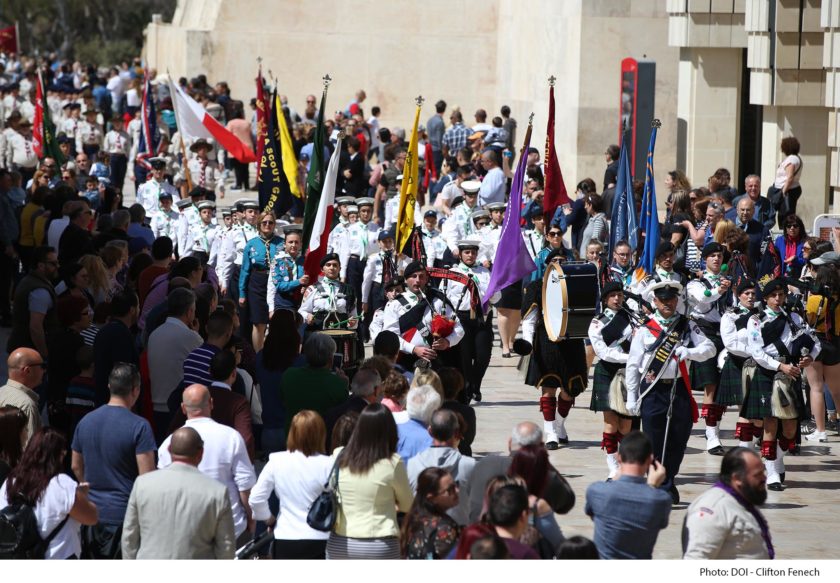 The Malta Girl Guides and the Scout Association of Malta have once again joined forces on Sunday to produce the Annual Guides and Scouts Parade in Valletta.

Following mass at the Phoenicia Hotel, thousands of young members together with their adult leaders marched through Valletta.

Upon arrival in St. George’s Square they saluted the President of Malta, George Vella who was on the podium awaiting their arrival to take the salute as the patron of both associations.

The parade then continued towards Archbishop Street and up Merchants Street to end near the Auberge de Castille. Many people await this annual parade which is synonymous to colour, and tradition.