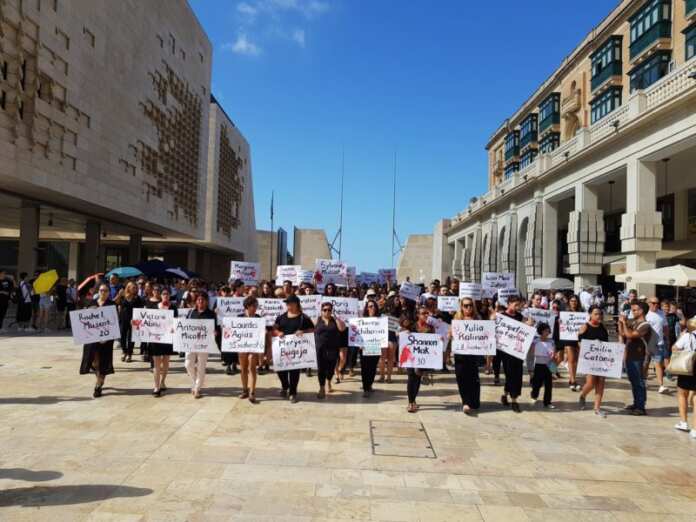 Yvette Gajda, Margeret Mifsud, Meryem Bugeja, Silvana Muscat, Caroline Magri, Eleanor Mangion, Maria Carmela Fenech, Antonia Micallef, Shannon Mak and Lourdes Agius have something in common. They are victims of femicide and their stories have been echoed throughout our capital’s streets on Saturday morning during a protest organised by Women’s Rights Foundation.

Hundreds rallied together to convey their disdain against femicide at the shout of “no one else” whilst carrying placards with the names of the victims. The President of Malta Marie-Louise Coleiro-Preca and Prime Minister Joseph Muscat were also in attendance.

Last week mother of six Lourdes Agius was found murdered in Paola. This was the 4th Maltese femicide case in less than 4 months.

In a press release enPOWer stated that no woman should be living fearing for her life. enPOWer is a platform that incorporates 17 women organisations under the auspices of the President of Malta.

Lara Dimitrijevic, Women’s Rights Foundation thanked all those that partook in the demonstration.