The son and family of Police Constable Ryan Tonna, PC 773, who passed away tragically last December, were presented with personalised soft toys. 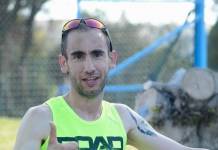 In a Facebook post, the Malta Police Force explained that the personalised soft toys were provided by Blue Line Bears, a non-profit organisation, which aims at helping the children of Law Enforcement officers who passed away, cope with the devastating loss of a parent by creating personalised bears using the uniform of their parent.

Son of PC 773 Ryan Tonna who passed away tragically last December were presented with personali...
1 of 5

The organisation was contacted by the colleagues of Ryan Tonna.

The soft toys were delivered from the US to Malta.