Cardinal Prospero Grech will lie in state for people to pay their last respects and sign the book of condolences on Thursday morning.

Cardinal Grech died in Rome on 30 December aged 94. His funeral was held at St Peter’s Basilica last week during which Pope Francis presided over the last part of the rites.

On Wednesday, the Cardinal’s body arrived in Malta. The funeral cortege was taken to St Lawrence church in Vittoriosa, where the cardinal was born and baptised. The cortege then made its way to the Augustinian convent of St Mark in Rabat. On Thursday, the Convent opened its doors to the public.

Photos: Members of the public pray around Cardinal Grech’s remains 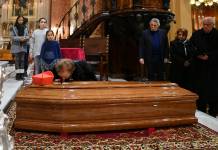 At noon, churches around Malta and Gozo will sound their bells in a funeral toll and at 1.40pm, the coffin will make its way to the Mdina Cathedral where Mass praesente cadavere will be presided over by Archbishop Charles Scicluna at 2pm. 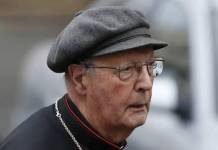 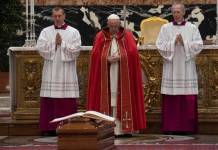 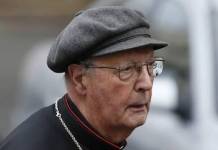 Friar Alexander Longs will be representing the community of Santa Monica in Rome where the Cardinal lived for over 60 years.

The congregation will be led by President George Vella and a private burial will take place after mass.

The Maltese Augustinian Province said that instead of flowers, donations are made to the Dar tal-Providenza in Siġġiewi or to the Secretariat for Augustinian Missions.

The government declared Thursday a day of mourning.