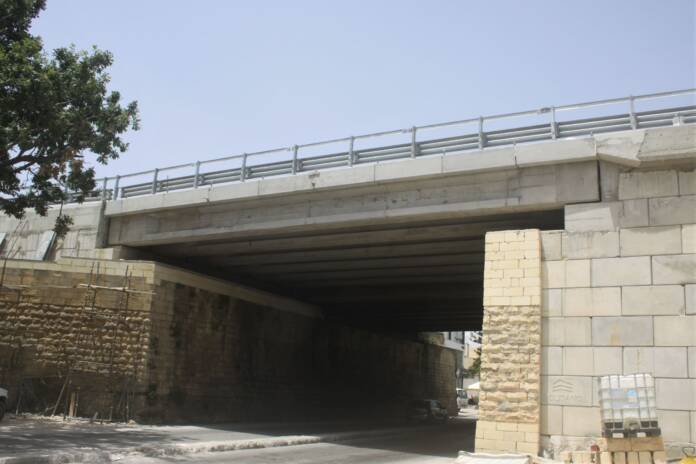 The first half of the Msida Valley Road Bridge has been reopened. It has been rebuilt with a wider deck to accommodate the new lanes from Regional road.

In a press release, Infrastructure Malta said that the first two lanes of this new overpass are replacing Regional road’s existing southbound lanes over the old bridge next to it. The authority also added that in the coming weeks, the two northbound lanes will be shifted to the new bridge as well, to be able to rebuild the rest of the old structure and integrate with the new road design.

The new bridge deck opened this week is supported on six 20-metre pre-stressed concrete beams. Once finished, the bridge will be the widest in Malta extending at 23.5metres.

This stretch of road links with several other arterial roads through slip roads and other junctions. All these connections are also being modified to improve their safety and efficiency.

The Regional Road Project will see the reconstruction and widening of part of the road into six lanes. The lanes, three in each direction will go all the way from the Tal-Qroqq tunnels in Msida towards Santa Venera.