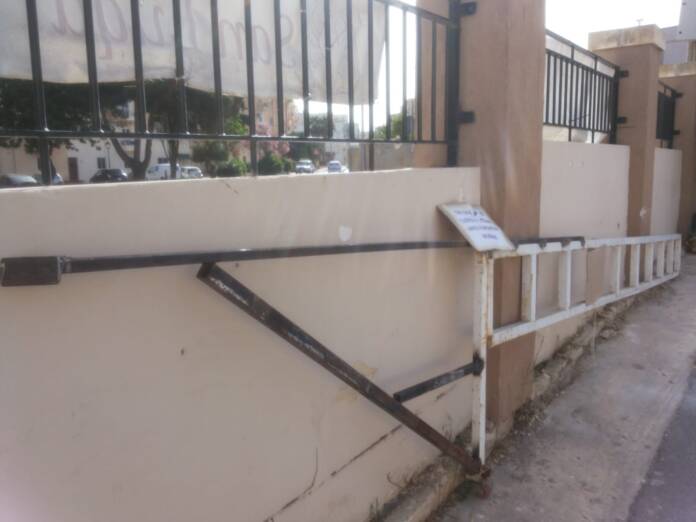 The Rector at the St Luke’s Pastoral Centre in Nigret Dun John Buhagiar explained to Newsbook.com.mt how the fence that was at the entrance of the church’s paring area has been removed over a period of three nights.

The fence was set up after the parking which belongs to the Church and is private property was being used abusively. Vehicle carcasses and broken down cars without licences or plates were being left in the church’s carpark without permission.

Dun Buhagiar explained that during the first night, an unknown person bent the fence. He elaborated that on the second night someone broke the padlock and how the fence was eradicated from the wall on the third.

The rector explained to Newsbook.com.mt that he had filed a report with the Police. He also explained that since the fence has been broken, vehicle carcasses have reappeared in the parking lot, with the addition of a trailer.

Curia’s Administrative Secretary Michael Pace Ross also spoke with Newsbook.com.mt. He said that the Curia is aware of the issue. He added that since he parking area is used by those to go to mass on Saturdays and Sundays the carcasses should be removed.

Pace Ross added that he has made contact with the owner of the trailer and had asked him to remove his vehicle from the area since neither the Curia nor the Rector gave him permission to park in the private lot.