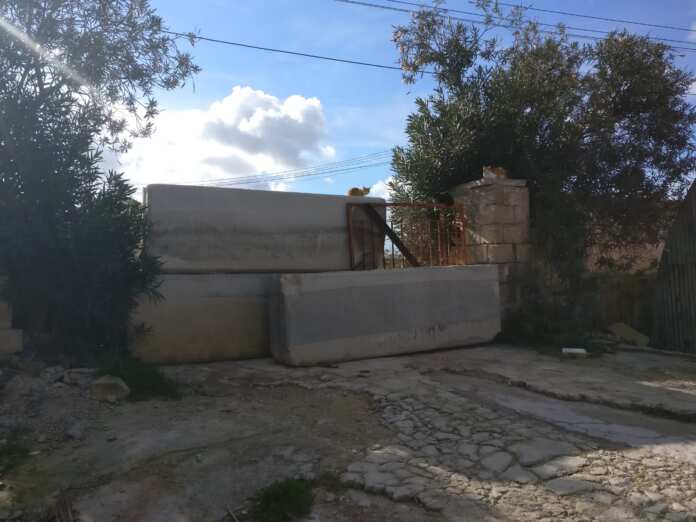 The Planning Authority together with the Environment and Resources Authority have closed off the Ta’ Qali area being used to illegally dump construction waste, which was exclusively unveiled by Newsbook.com.mt in December. Despite this, the Police have still not taken any steps.

The new photos clearly show the measures taken to ensure that the zone is totally inaccessible to trucks or bulldozers looking to dump any more construction waste. The place which was used to dump said waste is larger that the national football pitch in Ta’ Qali, with mounds of waste of between one and two storeys.

The ERA’s declaration is plainly visible attached to one of the large blocks used to seal off the place.

The Police, on the other hand, have taken no steps against those illegally dumping waste during the night, apart from taking over 20 days to reply to questions sent by Newsbook.com.mt. In their answer, the Police said that they had received no reports about the case.

The story so far: