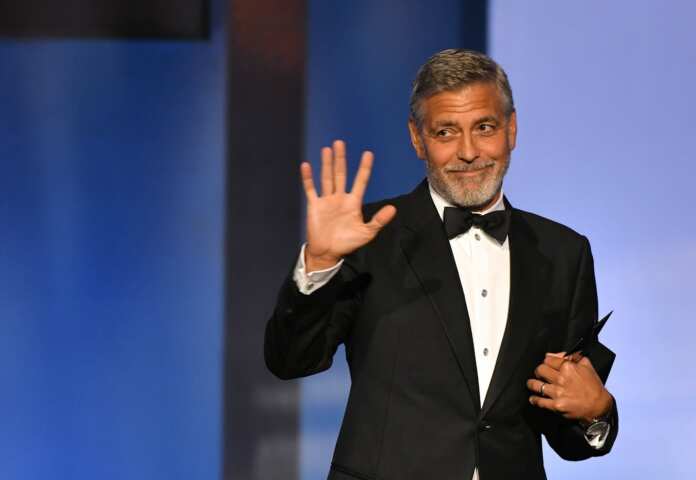 Actor George Clooney has reportedly been injured in a car accident where his scooter collided with a pick-up truck. According to local Italian media reports, the actor, who is in Sardinia to film a miniseries was travelling along a state road in Costa Corallina when the accident occurred. A picture from La Nuova suggests that Clooney hit a car while on the motorway. The photo showed the car’s windscreen smashed. A fire extinguisher can be seen on the road but no people from the accident were involved.

Clooney was travelling towards the set in Costa Corallina when a car suddenly turned and struck him, according to La Nuova. The Hollywood star, 57, was found lying in the road with injuries to his pelvis and bruising to his knee and arm. The double Oscar winner relocated his family to the Mediterranean hotspot for the summer so he could direct, produce and star in TV mini-series, Catch 22.