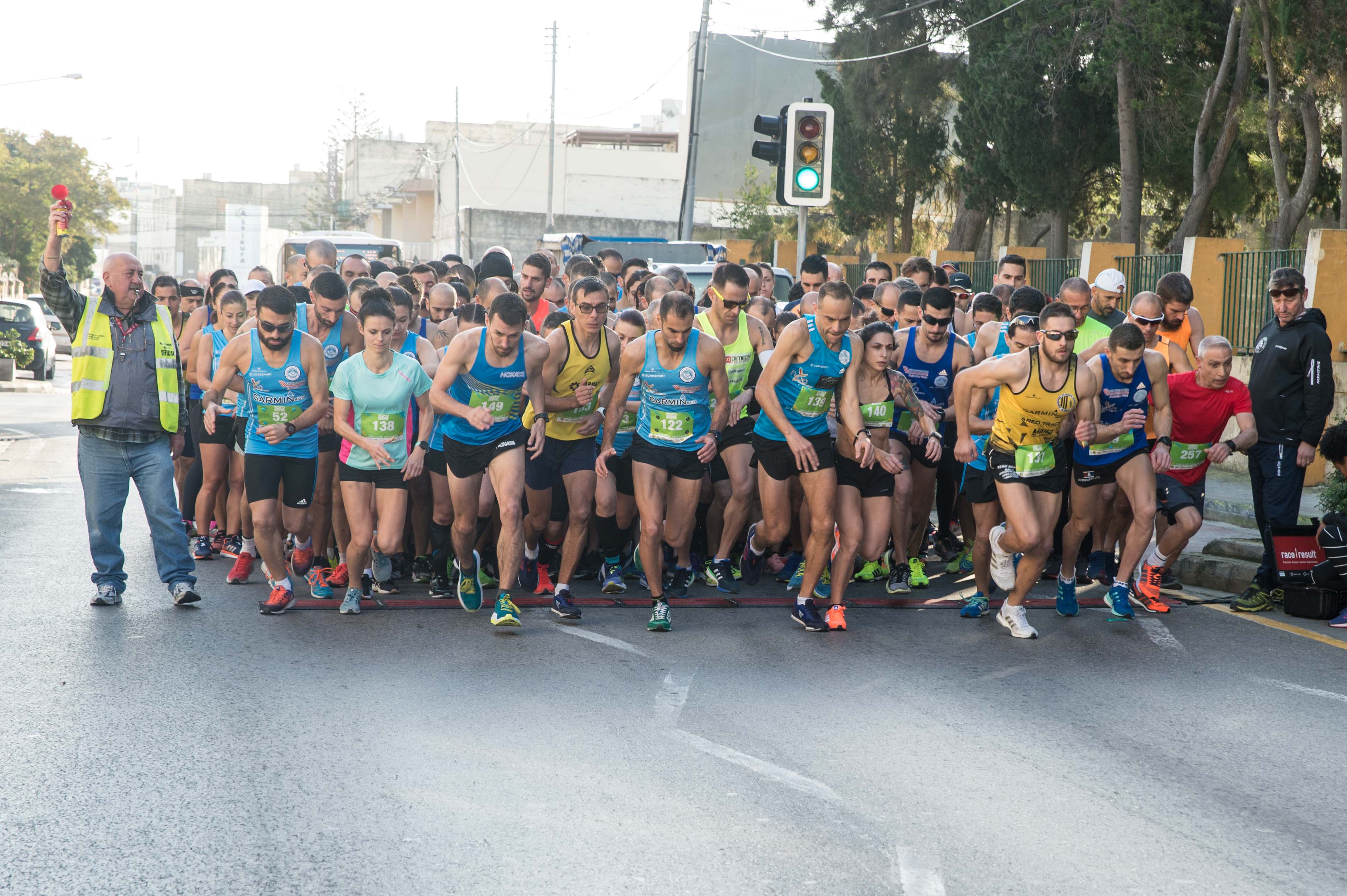 Kicking off first with a 5 minute headstart, the race was dominated by Dillon Cassar and Monalisa Camilleri. Cassar a relative newcomer to the sport has been making a name for himself whilst Camilleri has a successful track background to her name. Cassar was followed by Dario Mangion and Mark Herrera whilst Camilleri was followed by Rachel Borg and Margaret Seguna.

From the onset, Andrew Douglas took a strong lead, striding ahead favourite to win the race Andrew Grech. Nevertheless Grech remained hot on Douglas’ heels to be the first Maltese to cross the finish line after Douglas. Grech was followed by James Sciriha, who took his first podium placing in this race. In the females category, Roberta Schembri took a comfortable lead. In second place was Joelle Cortis whilst third on the podium was Carmen Vella.

“This year’s race is no different from previous years’ races, in that this is a sell out race. The weather has also been good to us with very favourable racing conditions on the day” enthused Euchar Camilleri, Race Director and Secretary General, Birkirkara St. Joseph Sports Club.