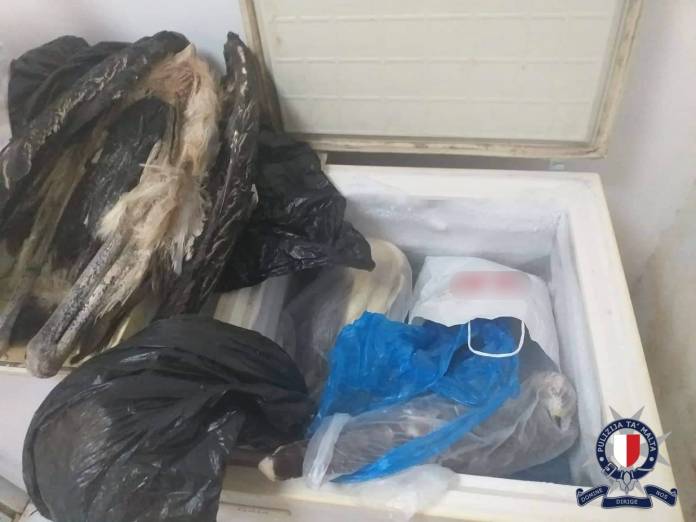 53 birds carcasses have been seized by the Administrative Law Enforcement Unit (ALE). The majority, seized from a shop in Mosta, are protected species; while the others were found in a private residence, stuffed.

In a statement, the Police explained how at around midday, they were informed that a man carrying an eagle was seen entering a shop in Gużeppi Callus Street.

Preliminary investigations resulted that 53 dead birds, including eagles, storks and ducks,  were found in the shop’s freezer, which is owned by a 32 year old man.

All the birds have been confiscated, and the man is believed to be aiding the Police in their investigations.