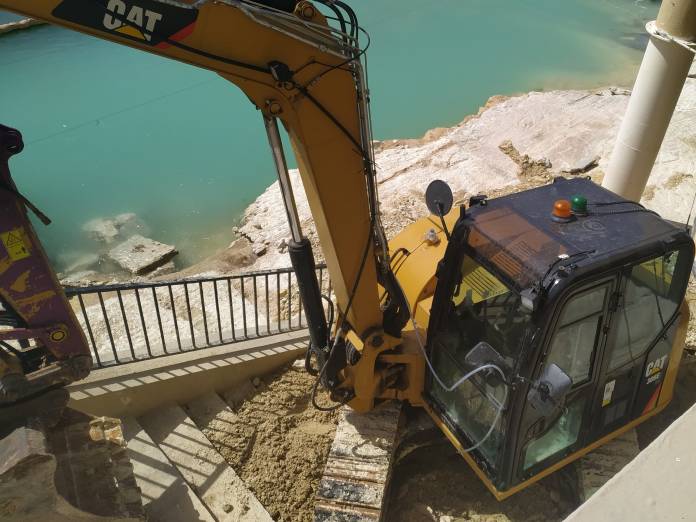 The works in Balluta have been temporarily stopped various times, resulting in a mass of debris that is expected to remain all summer.

Independent candidate Arnold Cassola stated that Balluta Bay is now more reminiscent of a Beirut rubble scenario than anything else.

In a statement, he explained that the Environment and Resources Authority (ERA) have confirmed that ‘works were stopped temporarily on more than one occasion by ERA enforcement when the containment of the site, either due to storms or other reasons, had proven to be ineffectual, until containment was restored.  The contractors have so far been notified of fines of €4750, for past incidents’.

Therefore, the works on the reparation of the existing quay has stopped, leaving a mass of debris. The hundreds of bathers who use that particular part of Balluta Bay can no longer use it as a result.

Planning on swimming at Għadira Bay?

Works at St Vincent began without a signed contract – PD