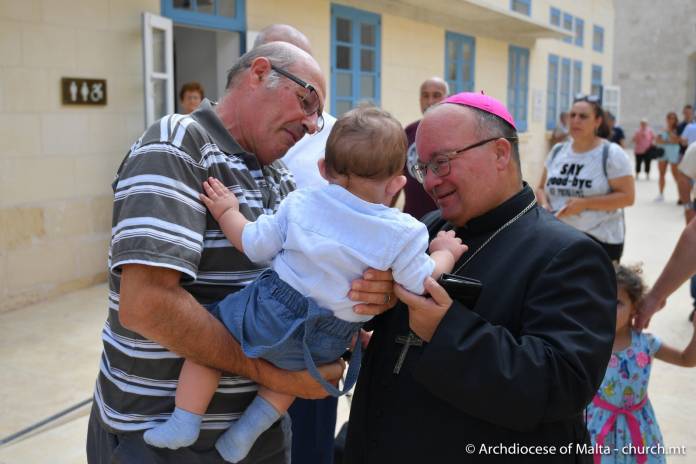 On Twitter, the Archbishop described the event as ‘an eventful and moving morning’, stating his pleasure at having met so many families.

An eventful and moving morning at Kastell Sant’Anglu on Victory Day (1565; 1943) celebrating the intercession of Our Lady and commemorating the fallen. Good to meet so many families! pic.twitter.com/XRWrlU8V1r

Mgr. Scicluna was attending a programme of activities covering the whole day from 9.00 am to 6.00 pm, at Fort St. Angelo which was one of the several fortresses around Europe chosen for this year’s European Fortress Day.

Watch: The more we recognise our poverty, the more we draw into our hearts the Spirit of the Lord – Archbishop Scicluna

Watch: Archbishop’s words on courage and generosity during COVID-19

John Paul Cordina   July 8, 2020
Agriculture Minister Anton Refalo questioned why the planned redevelopment of the Jerma site needed to include a significant amount of apartments as the site’s development brief was discussed by Parliament’s Environment and Development Planning Committee on Tuesday, echoing concerns raised by the Marsascala local council.

Reuters   July 5, 2020
American rapper Kanye West, a vocal supporter of U.S. President Donald Trump, announced on Saturday that he would run for president in 2020 in an apparent challenge to Trump and his presumptive Democratic rival, former Vice President Joe Biden.