Archbishop Charles Scicluna took today’s Christmas mass as an opportunity to meet with several children at risk of being deported.

Today, Archbishop Scicluna led the mass celebrating the birth of Our Lord Jesus Christ at Saint John’s Co-Cathedral in Valletta.

In a statement, the Archdiocese of Malta said that during mass, Mgr Scicluna welcomed all the children present, which included several Serbian children and their parents which are at risk of being deported. The Archbishop presented them with a figurine of Baby Jesus as a present. 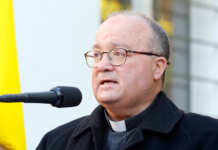 Archbishop Charles Scicluna is in contact with the Government in an attempt to solve the case of the 22 children, some two years old, threatened with expulsion from Malta. The Archbishop is offering government any assistance that the Church can give.

These children are threatened with expulsion from Malta by Identity Malta because their parents do not satisfy the financial requirements of a policy, which requires third-country nationals to earn €19,000 a year, as well as €3,800 extra for each child. The figures do not include bonuses or overtime. 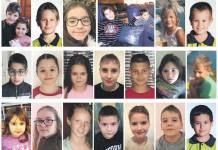