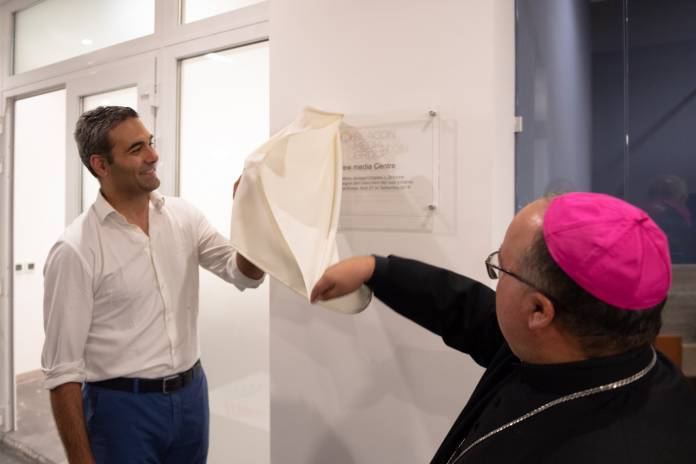 He added that the Church’s decision to invest in its media is a decision based on hope in a very competitive environment.

Dr Gege Gatt, chairman ta’ Beacon Media Group the company running the Church’s media said that they are always at the service of truth.

The project was possible thanks to a generous contribution by the Malta Memorial District Nursing Association.

Read: Newsbook third largest news website, stronger than ever before

Studios state of the art

The building houses, among other things, two studios described by people in the industry as state of the art studios which are the most modern and technologically advanced in Malta.

A new and fully equipped newsroom houses the journalists of Newsbook.com.mt who also service ‘103’. There are also new offices for the administrative and technical staff of Beacon Media Group.

A spokesperson for Beacon Media Group said that the name of the building, New media Centre, emphasises the direction of the company to strengthen its use of the new media. It also shows a link to the past as the building was previously called Media Centre.

‘103’ which replaced RTK had a soft launch in mid-July. A full schedules with new programmes will be launched this October. Newsbook.com.mt is the third most popular news portal in Malta.