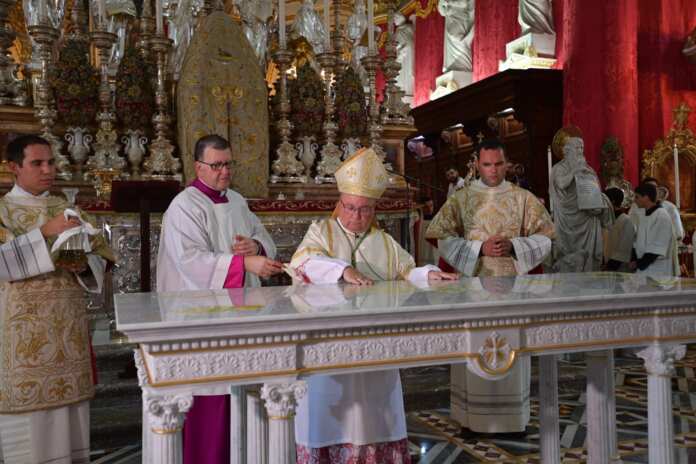 The altar at the Minor Basilica in Mosta was consecrated in a mass led by Archbishop Mgr Charles Scicluna.

After Communion, several new parents accompanied the oil which was used by the Archbishop to consecrate this altar.

In the same celebration, the Archbishop was also given “Ġieħ il-Mosta”, an award given by the Mosta Local Council.

“Roots enable us to grow and face our challenges”