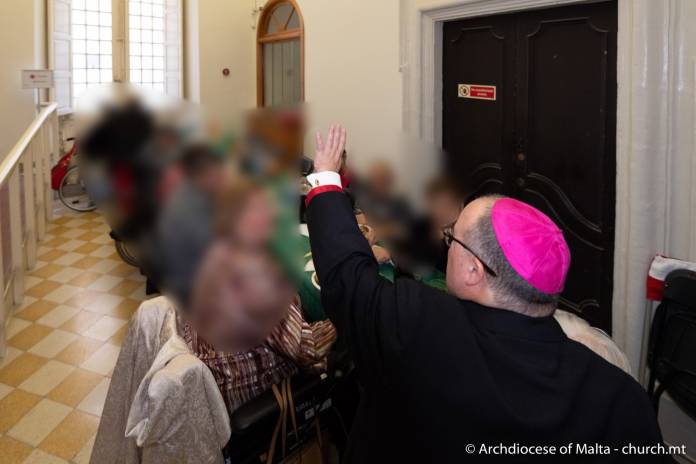 600 people out of which were 90 volunteers attended this year’s edition of Caritas Malta Christmas lunch for those who would otherwise spend Christmas day alone.

The Caritas Christmas lunch was hosted at the Archbishop’s Curia. Preparations began ahead of the Christmas day. Yesterday, the place reached its maximum capacity. Cassar explained that while lunch is usually opened to those who would otherwise spend the day alone, this year the invitation was extended to those individuals who cannot make ends meet. She mentioned a single mother of two who did not have the money to organise the meal for her and her children on Christmas Day.

The guests not only enjoyed food and each other’s company but were kept entertained.

Cassar highlighted that the lunch was an opportunity for Caritas Malta to get to know new individuals who would require assistance. She explained that the organisation will keep in touch with the individuals and ensure that they are not forgotten.

She thanked those who in some way or another were involved in the organization of the lunch, including the staff and volunteers that chose to spend their Christmas lunch at the Archbishop’s Curia with their guests. Cassar thanked the Alfred Mizzi Foundation which provided the food. Members of the foundation were present at lunch and also served the guests. The Caritas Malta spokesperson thanked Archbishop Charles Scicluna and Auxiliary Bishop Joseph Galea-Curmi for hosting the event and St Peter’s Foundation for its support.

For the first time, Caritas Malta has done away with single-use plastics, transitioning into a more environmentally friendly organisation of the lunch.

Watch: “Today I’ll help others in the same way Caritas helped me”