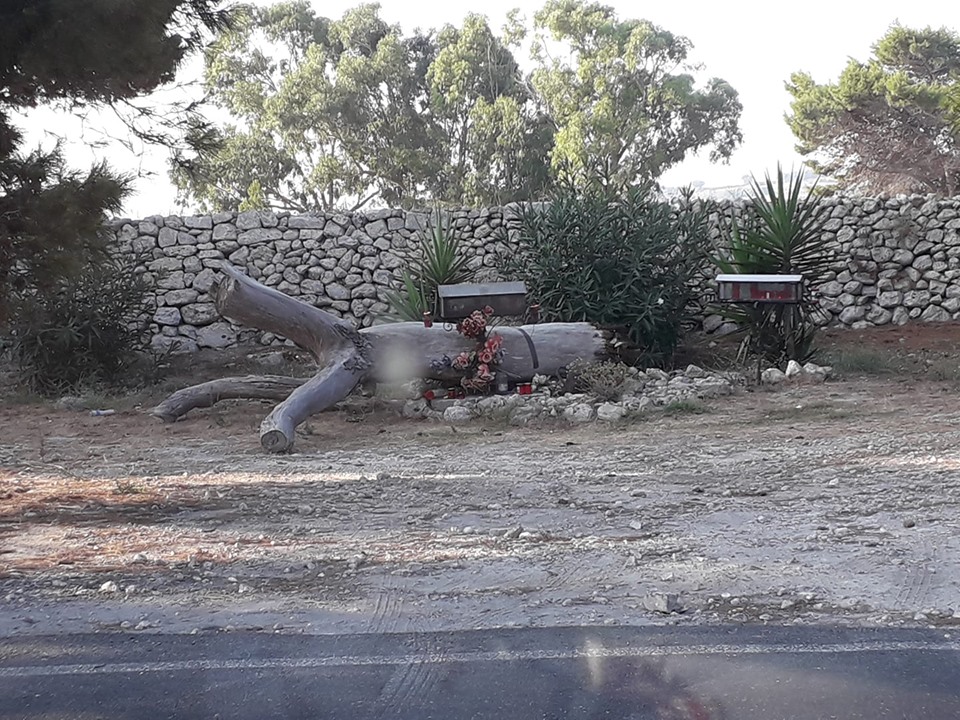 The widely known ‘Siġra tas-Salib’ which is located at the Saqqajja Hill in Rabat was found on the floor this morning.

Many people expressed their opinion on several Facebook posts. While some believed that the tree was forcefully knocked down in order to initiate the Centre Link project, others argued that since the tree died several years ago, it was probably knocked over by wind.

The famous tree consists of a single tree trunk whose intertwined internal branches portray an image similar to that of the crucifix. 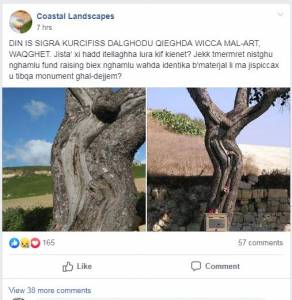 When this fir tree fell in 2008 due to strong winds and died, the trunk was placed in a concrete container on the opposite side of the road.