A 58-year-old man from Nadur was hospitalised after being involved in a road accident between a car and a motorcycle this morning.

The incident is believed to have occurred at around 9.30am near Xewkija’s main roundabout, in Imġarr Road.

A spokesperson for the Police confirmed that the man was driving the Honda motorcycle at the time of collision. The car, a Mercedes Benz, was being driven by a 28-year-old woman from Nadur.

The man was taken to Gozo General Hospital, where he was later certified as suffering from grievous injuries. 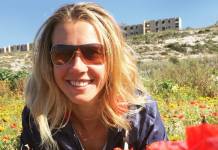