Delivery of the Pfizer-BioNTech COVID-19 vaccine has been delayed to eight European countries, including Malta, after a logistical problem arose regarding the temperature the doses need to be kept at.

This was reported by the Times of Malta, and confirmed by Spanish authorities, who will also suffer a one day delay.

Similar to Malta, Spain’s health ministry said that Pfizer contacted it announcing that shipments have been rescheduled, and are expected to be delivered on Tuesday, rather than Monday. This is due to “a problem in the loading and shipping process related to temperature control”.

The Spanish ministry added that seven other countries were affected. 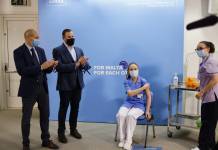 The first shipment of Covid-19 vaccine arrived in Malta on Saturday morning just before 11am. A Cessna plane carrying around 10,000 doses landed at the Malta International Airport.

Around 600,000 doses of Pfizer-BioNTech will be shipped to Malta over the coming weeks and months. 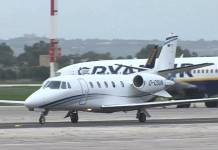