MEP Sven Giegold has launched a petition in favour of migrant protection with regards to the “human catastrophe” taking place on the Turkish-Greek border.

A press release issued by Giegold says that after President Erdoğan of Turkey opened the border to Greece, thousands of refugees set out to apply for asylum in the EU. In Greece, the police used violence to prevent people from entering the country. The Greek government declared that this policy of deterrence was required in order to defend the EU’s external border. At the same time, Greece announced that it would suspend the right to asylum. For months, more than 40,000 people have been stuck in overcrowded camps on the Greek islands. The situation on the islands is no longer sustainable, Giegold insisted.

“Right-wing groups are threatening journalists and aid organisations, and these are not being protected by the authorities. A further escalation of the situation can only be prevented by a quick response from the EU member states.”

The European Parliament member said that the European Union has a duty to help Greece deal with the situation in every way possible as humanity and order must now be the guiding principles of the EU. He called this a European emergency.

The petition calls for the implementation of the following: 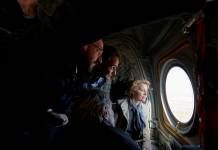