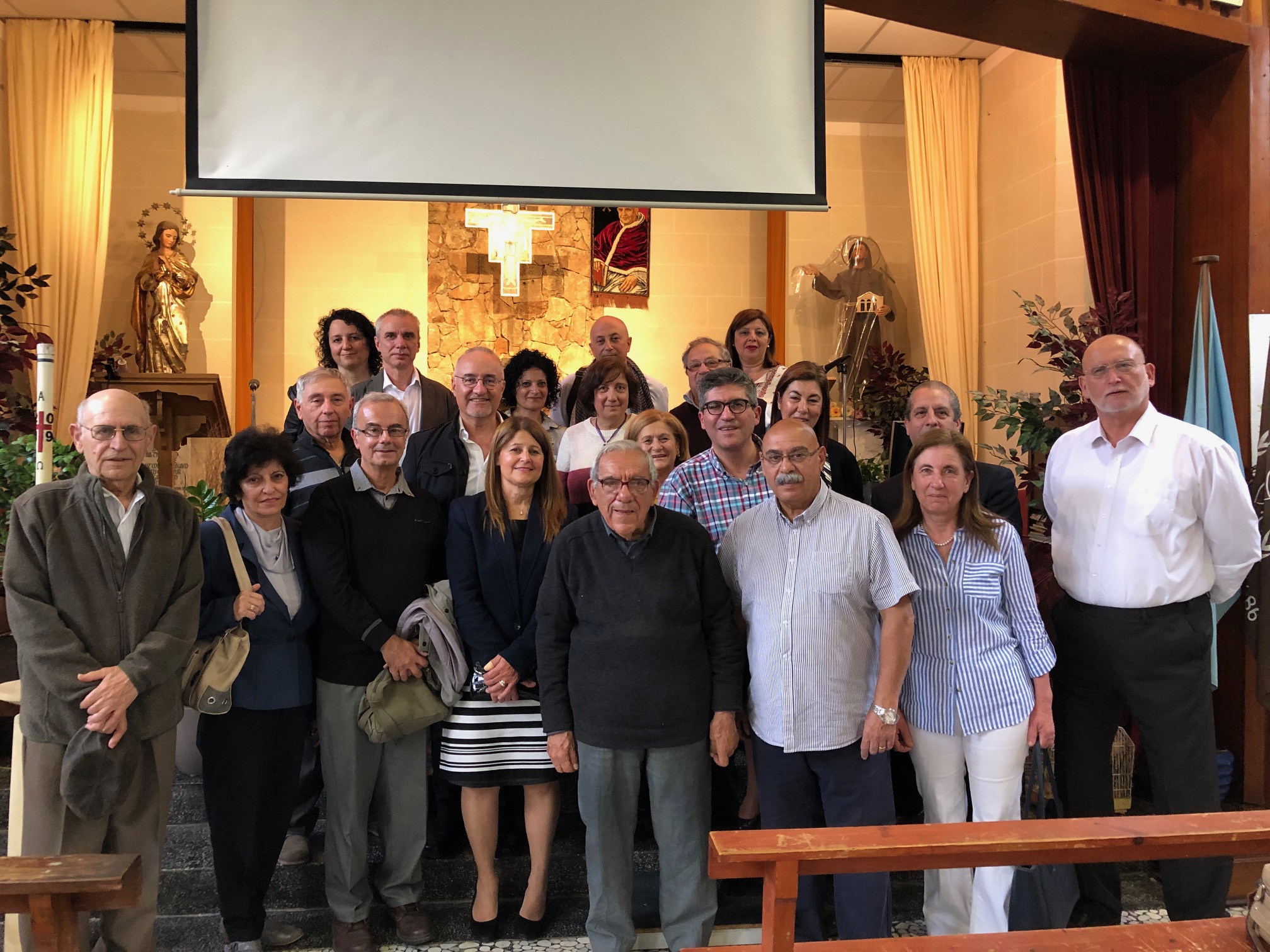 On Saturday 18th May 2019, the John XIII Peace Laboratory of Hal Far, Malta, held a reunion of its members after 40 years.

The Peace Lab was set up in response to Pope John XXIII’s appeal for the world to reflect on peace in his 1963 Encyclical on establishing Universal Peace in Truth, Justice, Charity and Liberty.

Mass for the occasion was celebrated by Peace Lab’s founder, Father Dionysius Mintoff.  Following mass, the congregating members were shown around the Hal Far estate most of which has now been dedicated to hosting and caring for 52 asylum seekers from various countries in Africa.

The facilities include private living quarters, a BBQ area, a Catholic chapel, a mosque, a universal prayers room and a theatre.  There are also classrooms where residents receive daily training in English, life skills, Maltese language and culture, as well as mechanical skills aimed at better assimilation and ameliorating job prospects.

After touring the estate, Fr Mintoff and the members gathered for a meal at a Birzebbuga restaurant.  This turned out to be a very joyous occasion especially since some members had not met for decades.  Youths have matured into grandparents.

Fr Mintoff has recently been nominated by the Foreign Affairs Minister for the Felix Houphouet-Boigny-Unesco Peace Prize 2019 in recognition for his unceasing work at the Peace Lab which has made such a positive impact on the lives of many persons by fostering peace, co-operation, positive attitudes and Christian character formation.

During the homily, Fr Mintoff said that through peace, love and tranquility humans reach the summit of development.  One need not necessarily seek to do great things but that small altruistic actions by each of us can make a great difference in the lives of many. “You do not need to build a galleon; often, plugging a small hole in a small boat makes a world of difference.”

Information about the Peace Lab can be obtained by writing to info@peacelab.org.