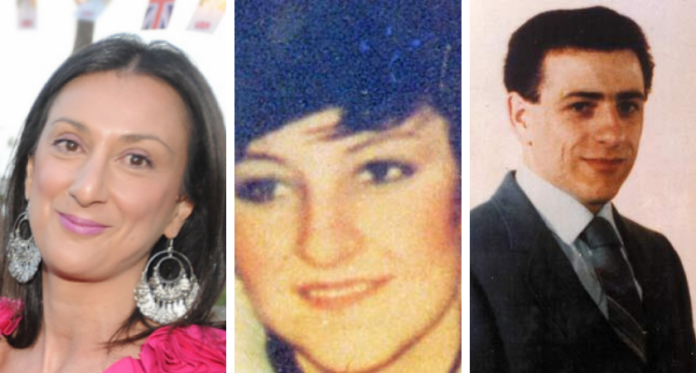 Partit Demokratiku is calling for the creation of a Truth and Justice Commission.

The PD believe that ‘only’ such a commission, ‘can truly deliver on two levels (1) truth and justice to Karen Grech, Raymond Caruana and Daphne Caruana Galizia and their families and (2) the kind of truth, justice and lasting change that our country needs.’

They say that there is a ‘burning sense of injustice’ surrounding the unresolved nature of the cases and that a commission would be aimed at uncovering the many questions still unanswered by the investigations.

These would include understanding the state’s role (whether through negligence or if it was intention) and its failings in prevent them, as well as factoring in the wider political climate.

‘Each incident took place against the backdrop of a febrile political climate. Each case had a high profile and attracted significant media attention.’, their proposal states.

In order to establish a TJC, the PD has called for an amendment of the Inquiries Act as well as the appointment of the Commissioner for Human Rights of the Council of Europe.

In their proposal, they state that due to the Commissioner’s, ‘regional importance and prestige’ as well as the way in which they are elected and carry out their duties, with an advisory panel of senior judges, would not be embroiled in Maltese affairs.

It is their belief that this will, ‘ensure a truly independent inquiry’ and would be, ‘completely free from political interference’.

In the longer term, the PD also suggests that the commission would help towards the creation of new laws to, ‘strengthen the Maltese political environment and freedom of expression, including the journalistic protection’

Agreement with the Caruana Galizia lawyers

Although not directly connected with the PD’s proposals, last week the lawyers of Caruana Galizia family proposed their third legal opinion to the Maltese government, calling for a Public Inquiry into the murder of Daphne Caruana Galizia.

The PD agrees with the grounds of the inquiry, which proposes a process which is, ‘truly independent of Maltese government and the police and made up of individuals who have no connection with any political party or government’.

PD says that the legal advice put forward by the two experts, ‘represents a progressive guideline on how a justice and truth commission should work in the Maltese context.’, and these should be applied in the three key cases to be investigated.