The government has pledged to allocate €30 million in public funds to the Public Broadcasting Services over the next five years, with Minister Carmelo Abela pledging that this would improve the content proposed on the public broadcaster and reach a wider audience.

Speaking after the signing of an agreement between government and the PBS, Abela – the minister responsible for public broadcasting – said that PBS would be able to focus on the development of more and better creative, high-quality programmes. According to the minister, the agreement would see PBS increase its expenditure in relation to journalistic, sports and cultural programmes, as well as programmes addressing children an programmes on Gozo.

“To fulfil the role of the PBS, which offers the best service to the public, all the necessary tools must be provided,” he argued.

The government announced that the agreement includes various changes to PBS’ operation aimed at ensuring that its public service obligation is delivered continuously and without interruption, and that it uses all the platforms available to it to transmit these service.

Abela argued that PBS required the funding as compensation for the financial loss that the company incurred from its obligations, which stem from the Broadcasting Act.

He also said that work was underway for the next call for programmes. It was recently confirmed that the station’s most popular programme, Xarabank, had been axed from the schedule. 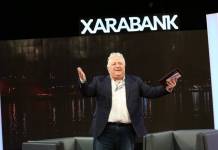