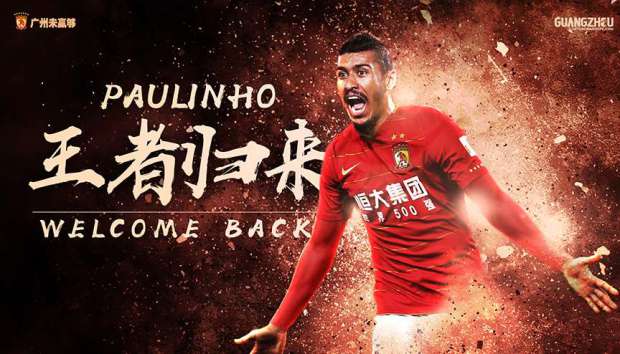 Paulinho joined Barcelona last summer but has decided to move back to Guangzhou Evergrande where he enjoyed two successful seasons before moving to Spain.

The move come as a surprise since the midfielder managed to win La Liga and the Copa del Rey with Barcelona. In total he managed 49 appearances for the Spanish side, scoring nine goals and adding a further three assists in all competitions.

Paulinho was part of the Brazilian team that reached the quarter finals of this year’s World Cup but suffered elimination at the hands of Belgium following a 2-1 loss at the Kazan Arena.