The Malta College of Pathologists lambasted political leaders’ continued adoption of a ‘business as usual’ attitude despite an increase in infections, hospitalisations and deaths from Covid-19.

The latest update by the European Centre for Disease Prevention and Control (ECDC) shows that Malta is reporting the highest Covid-19 mortality rate in Europe, with 3.6 deaths per 100,000 population reported over the previous 14 days. Only Spain comes close, with a rate of 3.4.

The MCP had warned last August that the situation was spiralling out of control, and that it was only a matter of time before a then-nascent wave of Covid-19 infections would result in increased hospitalisation rates and deaths. It highlighted that it derived no satisfaction from the fact that its predictions had fully materialised. 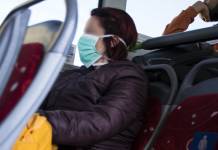 The college said that the escalating number of deaths among the elderly was very upsetting, and was disgusted by the ad nauseam repetition that they had underlying conditions, which was “tantamount to suggesting that they are expendable.”

“This is heart-wrenching and amoral,” the MCP maintained.

The pathologists insisted that it was imperative that the number of Covid-19 cases is brought under control to safeguard the health of the elderly and the vulnerable. It emphasised that doing so would also safeguard children’s education and wellbeing, as well as the economy.

“In order to achieve this, our leaders must, with immediate effect, further reduce the size of gatherings. All establishments need to be subject to regular checks to make sure that standard precautions are being observed. Establishments found to be in breach of regulations should be shut down. Testing at airports should not be random. Passengers arriving from amber countries must have a negative swab test taken within the previous 72 hours. Passengers should not be allowed to board the plane without a negative swab result, thereby ensuring that all fellow passengers are protected,” the MCP sai.

It also emphasised that grandparents needed to be protected, and should thus not be asked to mind their grandchildren once these start going to school. Consequently, teleworking needed to be encouraged, and reintroduced wherever it was stopped, to enable parents to better juggle family and work commitments without endangering grandparents and vulnerable workers.

But the college was also alarmed by a palpable loss of trust in the authorities, which led to the peddling of conspiracy and irrational theories, often  by those with vested interests.

Whilst appealing to the public to continue following the recommendations of the public health authorities, it reiterated the need to set up a Covid expert committee which would coordinate efforts in controlling the pandemic.

It emphasised that its members, as experts in lab testing, could absolutely confirm that the numbers of infections and deaths being reported were correct and that no data manipulation was taking place.

“Only by following the critical triad of social distancing, wearing of masks and regular hand hygiene can we make sure that we minimise the risk of catching this virus and transmitting it to loved family members and other members of the community, including vulnerable people,” it concluded.