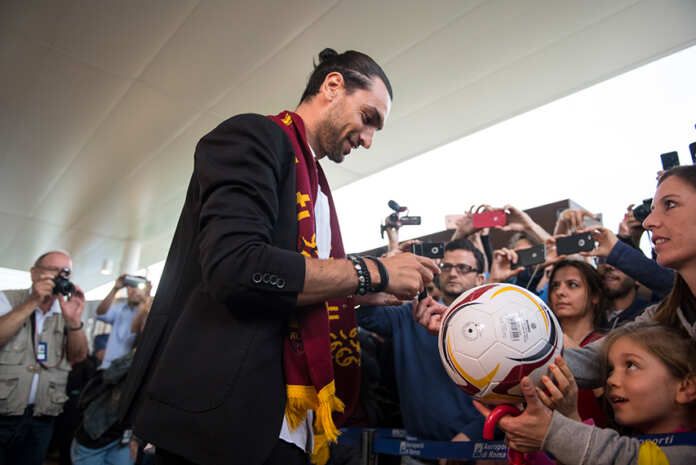 Argentine Javier Pastore, who was a transfer target for West Ham United, has decided to join Serie A side Roma. The 29-year-old was pictured upon his arrival at Rome’s Ciampino Airport where a number of euphoric fans greeted the new signing.

Pastore is well-remembered in Serie A having played for Palermo before transfering to Paris St-Germain in 2011 for a reported £37m. The midfielder made over 250 appearances for the French side but played a limited role during Unai Emery’s last season as coach.

Roma’s sporting director Monchi  has been busy in the transfer market and he has already recruited Justin Kuivert from Ajax and Davide Santon from Inter Milan while Radja Nainggolan joined the Nerazzuri.