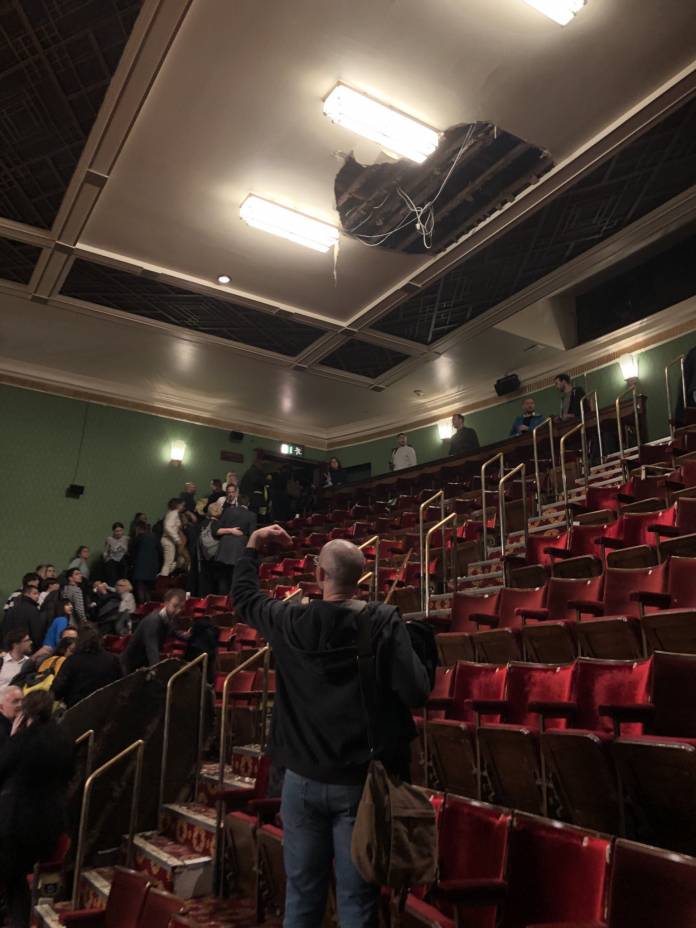 Several people have been hurt after part of a ceiling collapsed at a theatre in London’s West End.

Emergency services were called just before 8pm following the incident during a performance of Death of a Salesman at the Piccadilly Theatre, according to a review of British media by CorporateDispatch.

Witnesses reported there had been a “slight dripping sound” and “running water” followed by “lots of screams” from audience members as a section of the ceiling came crashing down.

The production features Hollywood actor Wendell Pierce and one witness, Tracy De Groose, said the star came out to check everyone was okay. The theatre was later evacuated.